WHAT’S IT ABOUT: The idea of being both ‘Native’ and ‘Christian’ has been especially challenging among American Indians. Indian people have endured five hundred years of colonial dominance and the results have left divisions between those who are traditionalists, keeping to the old ways, and those who are progressives, embracing the new. Since the mid-1990s there has been a resurgence among Indian evangelicals who wish to break down the ‘identity crisis’ related to being Native and Christian. Native Christians are encouraging other Natives to meet somewhere in the middle of traditionalism and progressivism. Eric Bates addresses the question of Native American identity, a question that has been problematic among both Native Americans and non-Indians. Blood quantum as an indicator of Indigenous identity has led to constructions of different levels of Indianness. Pan-Indianism has brought together Native peoples from a variety of tribal backgrounds and has formed a new sense of collective identity as Indians versus tribal affiliations. Using situational analysis, Bates examines contextualized ministry via a Native Christian conference which allows Christian Indians to express their Indianness by wearing Native regalia, using Indigenous instruments, and employing other forms of Native expression. 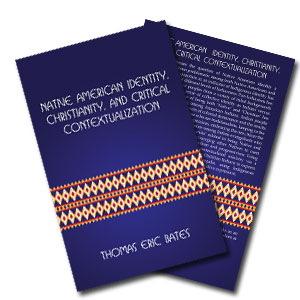