Put a Ring on His Hand

Put a Ring on His Hand, recorded live at Community Family Church in Independence, Kentucky, begins with a festival of musical praise—“Oh the Blood” by Brenda Taylor and  “Everywhere That I Go” by Mark Ellis, backed by the CFC Praise Team—that sets the tone for Pastor Tommy Bates’s final message in his series on the Prodigal Son.

The narrative of the Prodigal Son (Luke 15) reminds us of the depths of sin into which we can sink. After claiming his inheritance, the son goes into a far land, wastes his money, and ends up a filthy, sin-soaked wreck, wasting away in a hog pen. But God moves through the son’s crisis because His matchless love and grace are sufficient to meet any need.  The Father forgives the son, and puts a “ring on his finger” which bears the signet conferring His authority over the enemy: the son is not only immediately restored, but immediately empowered.  Only the Father could envision the improbable outcome of this story, for everyone else had written off the prodigal son.  In our time, many have strayed, backslid, or gone cold in the Lord. And we, too, seeing them afar off, often despair, unable to grasp the details of the Father’s plan. But by faith we can discern God’s will, and so we must press on, confident that He always moves in a crisis. Now, as then, the Father is not willing that any should perish, but that all should come to repentance. “There is hope for your loved ones till the last breath goes out of their body,” Pastor Bates declares. God’s message to the church is to “get our arms open wider and wider and wider,” to passionately engage in a season of evangelism that will bring the wanderers to a saving knowledge of Jesus.

This magnificent message of hope will restore your faith in the unfathomable love of the Father who desires above all else to throw His arms around you, your unsaved friends, and your loved ones, and welcome all who repent into His glorious, everlasting family. 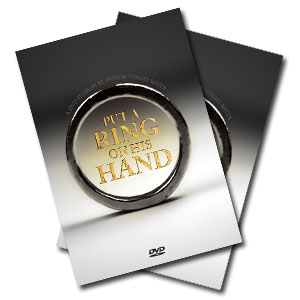